The Administrative Leadership Team offers a wealth of expertise and commitment to Gilead’s mission with many members having been with Gilead for over 10 years. A real sense of stability, family, and teamwork is created for both clients and staff.

You may contact any member of Gilead’s administrative leadership team via phone or email on our may Contact Us page.

Dan is proud to be a living example of Gilead’s broad opportunities for advancement. He began his 13-year career at Gilead as a “per diem” employee, was then promoted to a variety of clinical and administrative roles, and recently took on the role of Chief Executive Officer in December 2013.

Dan is passionate about serving the needs of individuals with severe psychiatric disabilities. He has committed his career to making sure that their voices are heard, and that they are empowered to reach for their dreams. Dan has experienced firsthand the powerful process by which Gilead adds value to both the individuals who are receiving services and to those who live and work within the communities where Gilead operates. Social justice, compassion and quality care are important values that Dan stresses to all Gilead employees. He continues to fight for these values despite the daily challenges.

Throughout his career, Dan has also remained active at his local church and has devoted his time to the middle school youth program. For Dan, faith and human services go hand in hand. Spending family time with his wife and two daughters, playing with Sadie (his 13 year old dog), keeping up with the local sports teams, participating in local road races, and an occasional search for a rare football card are what gives Dan joy outside of Gilead.

Beginning at Gilead in 2002 as a Program Director Justin has enjoyed the opportunity to develop creative interventions, inspire staff, and help them grow to be effective and compassionate leaders and caregivers. With almost thirty years serving youth and adults in residential, outpatient, partial hospital, mental health and substance abuse treatment, Justin has a unique approach and deep commitment to recovery and well being that is grounded in fostering the individual’s innate ability for healing through facilitating a deeper sense of self and connection to others.

With a B.A. in Religious Studies from Yale University, his work at Gilead feels like a vocational direction with a slice of spirituality. Justin brings a wealth of healing experiences to his current position as Chief Operating Officer, including an 18-month journey to Japan to study martial and healing arts, and becoming certified in Rubenfeld Synergy Method (an alternative healing modality that integrates touch and talk therapies).

Meaningful relationships are very important to Justin, which has led him to meet with a group of 7 male friends for the past 20 years to explore the depth of relationships and personal growth. Justin has a love of family, food, cooking, swimming, sailing, and acting. Before grilling vegetables seasoned from his garden, he and his dog Chloe can be seen walking at the nearby lake.

In 2018 Lucy became Gilead’s Chief Development Officer. She joined the Gilead Team as the Director of Development and Public Education in 2005. Lucy had heard about Gilead for years from her father who was very committed to our mission to improve the lives of individuals living with mental illness.

Before earning her MPH from Columbia University, Lucy worked in the nonprofit sector as a mental health worker, a clinical case manager, the director of a family shelter and transitional living program and the director of marketing and community relations for a nonprofit affordable housing developer.

Lucy’s love of people, parties, dance and music came together when she produced and managed, Midnight on Main, a New Year’s Eve celebration for the city of Middletown in 2011 and 2012. Her personal involvement and commitment to community development efforts are demonstrated by her involvement on several nonprofit boards and her United States Peace Corps Volunteer work in Togo, West Africa.

Dan joined Farrell Treatment Center in 2006. He came to Farrell with clinical experience in all phases of substance abuse treatment, including detox, outpatient, intensive outpatient and residential treatment. Dan became the Clinical Director of Addiction Services in 2020.

For Dan, helping people with addictions is a calling, not a job. Dan began counseling people as an attorney in 1980. After years of assisting people navigate the legal system while dealing with personal crisis, it became clear to him that he was getting involved too late to address the cause of the problem. Dan earned his master in social work from Fordham University and went on to become a Licensed Clinical Social worker. As someone personally effected by substance abuse, the opportunity to help people suffering with this disease has been an incredible opportunity.

Dan is sustained by his wonderful family consisting of his wife, his five daughters, their significant others, and his six amazing grandchildren. Dan is most at peace in the wilderness with his black lab, Ozzie.

Joe joined the Gilead team in 2005 as our Systems Administrator. He was promoted to the role of Director of Information Technology in 2007. In this role he set up the IT department, which is now comprised of a team of four.

Volunteering in high-energy fundraisers, seeing clients grow and flourish, and above all, working with wonderful people who care about what they do has made this one of Joe’s most rewarding positions.

Joe is passionate about camping, hanging out with good friends and playing video games. He briefly left Gilead in 2013 but returned because he “believes in Gilead’s mission and “missed being in an environment which allows employees and clients to thrive.” Joe’s infectious laugh, which can be heard from building to building, combined with his sense of humor and IT knowledge has allowed him to bring new and innovative technology to Gilead, making our agency a leader in service delivery and quality.

Sheryl earned her Master’s Degree in Industrial/Organizational Psychology from the University of New Haven. Having interned at nonprofit agencies, Gilead’s welcoming community was a natural transition for her. She joined the Human Resources team in 2011 and held several positions within the department before becoming the Director of Human Resources in 2018.

Sheryl is on the Board of Human Resources Young Professionals Group and is a member of the HRACC. She enjoys volunteering on various committees, both for Gilead and in the community. In her spare time, you will find her at a Zumba class or trying foods from different cultures.

Rob came to Gilead in 1994 thinking he would gain some hands on experience and move on. He quickly realized he really wanted to stay because “Gilead is something special”. Starting as a Program Manager, Rob found his passion in analyzing the great work done on a daily basis at Gilead. As a Licensed Clinical Social Worker with a love for technology, Rob brings a unique set of skills to his current position as Director of Quality Assurance. During his 21 year tenure Rob created a systematic infrastructure that allows Gilead to analyze the work we do, demonstrate our successes, and examine areas that need improvement.

Helping others to have a better life and navigate things they might not have the knowledge or skills to navigate on their own led him to nonprofit work. Rob is very proud to work at Gilead, which is demonstrated by his participation in all aspects of the work. He rarely misses a Gilead event, especially if chocolate is on the menu.

He enjoys spending time with his wife and two girls. They often go hiking, and kayaking, and are sure to make an annual camping trip to Acadia National Park, one of Rob’s favorite places. Protecting the environment is a priority for Rob, which led to his investment in solar panels for his home and an electric car for his family. Up for any challenge Rob has been seen sky diving, bungee jumping, driving a motorcycle across the United States and backpacking through Europe.

Dave joined the Gilead team in 2018 as the Facilities Manager and was promoted to Director of Facilities in 2019. He joined Gilead in an effort to give back and find a place where he felt he could help make other’s lives a little better. In his role, he has over site of the properties owned and leased by Gilead. With his team, they work to keep properties safe, stable and effective for all clients and staff.

Dave enjoys spending time with his family, working with his hands, all sports (football in particular), and watching movies. 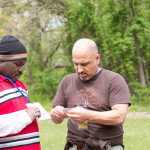 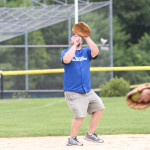 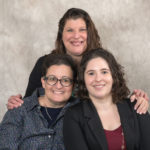 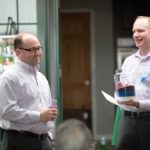 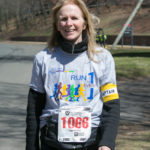 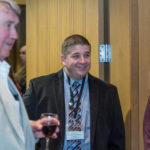 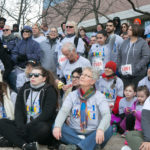